Swiss band CALCINED was formed in the middle of the 2008 when Piffeux (Bass), Lionel (Drums) and Lulu (Guitar) joined their forces. Devoted and passionate by the extreme Metal scene, they led their Path near the vast plains of an Old School Death Metal, keeping in mind and in heart the vibrations of the current scene. During the month of June 2009, with the participation of Steph (session member, voice), they recorded their very first three tracks effort which is called “4th Degree Burns”. It allowed them to make their first gigs in Swiss city Fribourg.
One year later, in 2010, new vocalist Magnus joined the band.
CALCINED finished the recording of a new EP “Thwarted” with Christoph Noth (FireAnd Music) during the winter ‘2010.
After a lot of gigs with some stunning bands like Inveracity (Gr), Carnal Decay (Ch), Pighead (D), band’s line-up become more rabid and solid with Jeje joined on guitar (March 2012).
In order to celebrate the memory of Chuck Schuldiner, ten years after his sorrowful death, during the Winter 2011 band recorded new EP that was released as Split-CD with REGICIDE DECEASE (Pl) called “Death Illumination – In Memory of Evil Chuck” and was released by Metal Scrap Records in May, 13, at Chuck’s 45 anniversary of the birth.
Spring 2013 CALCINED go to Metal Scrap Records XX Years Anniversary Tour across Ukraine and Poland. 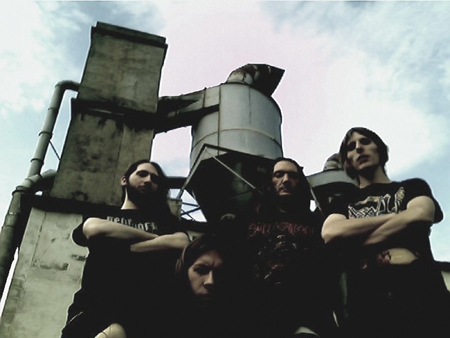