Not all stories have a logical chronology. Sometimes it happens that genuine birth of a mature creative idea happens not at the beginning, but at the end of the path. Similar unnaturalness happened to Crimson Sky.
This band was formed on July 1998 in Rivne, Ukraine by vocalist Bohdan Torchylo, who intended to play melancholic and heavy music within the scope of Gothic Doom Metal. Much time and efforts were put in to develop a distinctive sound of this project since it was difficult to find a permanent line-up. In 2000, the band started to perform on local stages. One year later, Bohdan invited a keyboard player Anatolii Kyryliuk to join Crimson Sky. Unfortunately, the then music stuff was not realized even in the form of demo because of disagreements between band members. In such a way, this project ceased to exist in 2006. Only four years after, Bohdan managed to find people eager to revive his Gothic Metal dream.
In 2010, newborn Crimson Sky consisted of old participants – Bohdan and Anatoliy, as well as guitarist Serhii Medvid, violinist Liudmyla Savchuk, second guitarist Oleksii Omelchuk, drummer Dima Drum, female vocalist Olha Huzii, and bass guitarist Ivan Fedorov. It looked like the mechanism of some olde-worlde clock started to work even better than it did before. Right from the start, musicians were creating new program based on old ideas saturated with motives of dark romanticism and sorrow. Few months later, they began recording their debut album “Rising”, which was released on Black Art Production on April 2011.
After the album’s presentation, the band performed throughout Ukraine. The first memorable concert was the event in Lviv called “Art in the Darkness”, where Crimson Sky shared the stage with Cemetery of Scream, one of those bands who pioneered Gothic Doom Metal.
Worse luck, Olha had to leave the band since she accidentally suffered an injury due to which she could not sing for a long time. Thus, Myroslava Romaniuk joined the band in September 2011 as the new vocalist. In course of time, Anton Miasnikov became the drummer, and Ivan was replaced by bassist Serhii Korobko.
Turning back to concert history, Crimson Sky took part in Global East Festival – 2011 headlined by the legendary German Power Metal band Helloween. In October of the same year, they also performed at the club “Zhara” in Kharkiv, being the supporting act of Haggard, eminent Neoclassic Sympho-Death Metal band from Germany. One of the brightest concert memories was their appearance at Metal Heads Mission 2012 headlined by American Technical Death Metal band Nile, Canadian Technical Death Metal band Gorguts, and Swedish Death Metal band Deranged. Participation in the event Ukrainian Doom & Depression 2013 held in Kyiv turned into a copestone of concert activity.
Despite intensive participation in different concerts and festivals, meaningful creations started to appear only in 2012 since musicians decided to outstep the confines of Doom Metal. Their renewed music was made up of melodic contrasts, epic narrations, dramatic dialogues, Folk motives, and even Jazz elements. Special attention was paid to lyrics, which were satiated with metaphors and symbols, including mythological and romantic images, as well as surreal aggressiveness and transcendental philosophy. Thus, their second album “Transcendental Trip” embodies evolution of an inventive consciousness. It means that searches for the unique sound ended in success. However, this music journey indicated that every person who was involved in it should choose his own way; and only time will tell if thoughts of these musicians have to be united again. 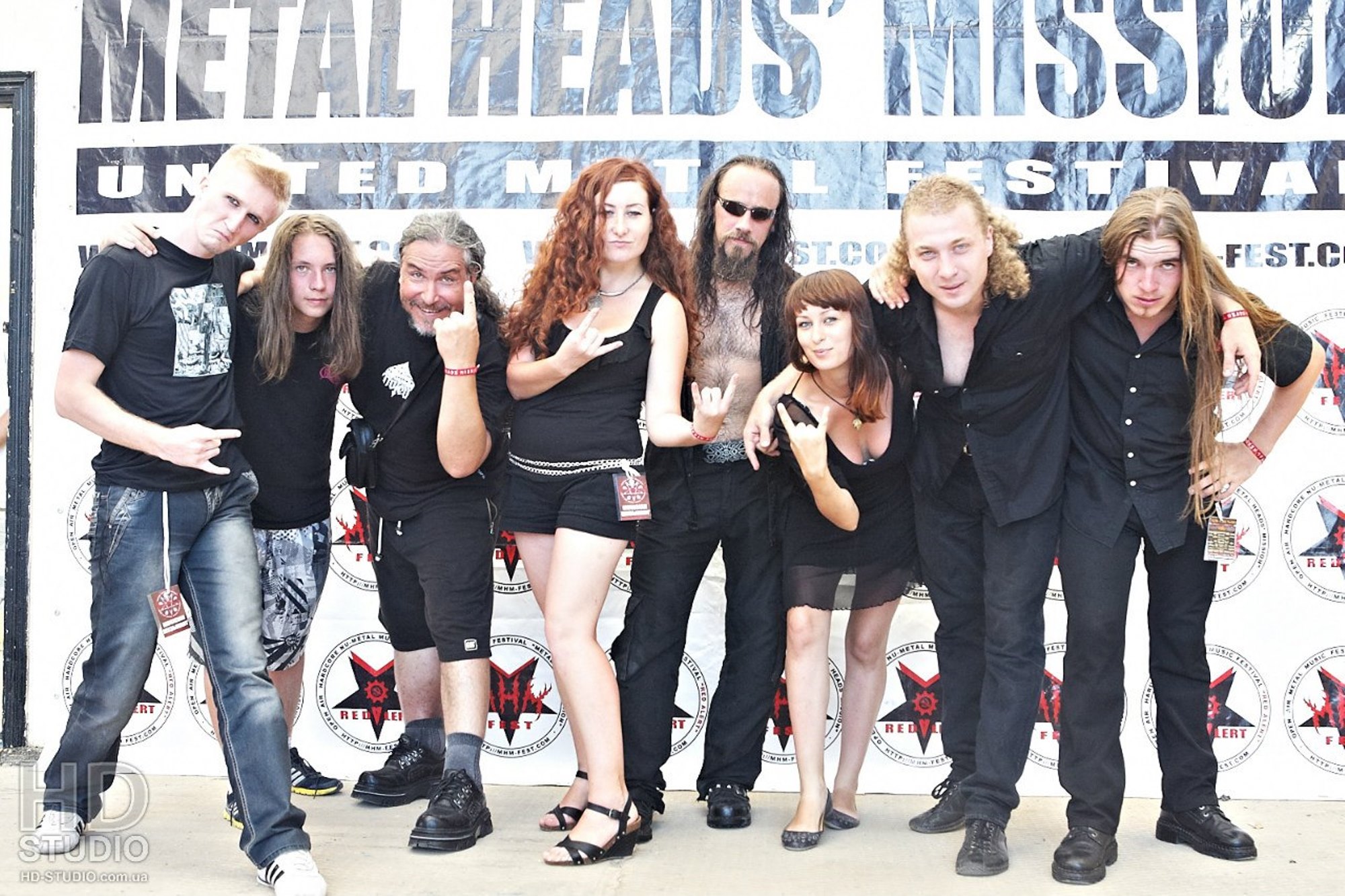