Desert Near The End always thought of themselves as a missing link. Taking their first musical steps in the Greek Metal scene of the 90’s, they grew up with the great Power/Thrash Metal bands of that era. But as the years passed, they had the feeling that this sound has somehow lost its edge and so they made their mission to connect that sound with the frontline of today’s Metal.

The band started in 2009, when bassist/songwriter Akis Prasinikas and vocalist Alexandros Papandreou, who were playing together since their school days, decided to put aside all other projects and form something that combines their mutual routes with all the influences they gathered over the years as Metal fans. Since the lack of a correct term and given the multi-genre nature of their music, they always use the term Epic Thrash Metal to describe themselves.

The first album, “A Crimson Dawn”, came out in 2011 as a self-financed release, and the band played numerous shows all over Greece and Cyprus to support it. Band opened shows for Primordial (Ir) and Wolfheart (Fin) and, in March 2014, made their first tour in Russia alongside Memorain and Insidead.

The second album, “Hunt For The Sun”, was recorded at their own Eventide Studios and mastered in England by Jonh K. (Biomechanical). It was released in 2014 by the Ukrainian label Total Metal Records (a division of Metal Scrap Records Inc.). The band toured twice for the promotion of the album – they made one Greek tour with Wolfheart (Fin) and another one Balkan-Greek-Cyprus tour with Blynd (Cyp).

In 2016, the band entered the studio to record their third album, “Theater Of War”, which was mixed and mastered by Tue Madsen (The Haunted, Heaven Shall Burn, Meshuggah, etc.) at Antfarm Studios. It was their most extreme approach musically and lyrically, brought the story which began in their debut to its conclusion. That’s because the lyrics in the first three albums are based on the same concept story about a man’s search for “his” real sun, whose light guides and not only blinds, and how this search becomes inspiration for all humanity. It was released in September 2016, again by Total Metal Records, and received excellent reviews from around the world. The band performed many shows to support the album, including shows in Cyprus and performances at Ukrainian Thrash Metal Fest and Black Sea Metal Festival. Also, band had the chance to play concerts with Flotsam And Jetsam and Metal Church in Athens.

In January 2018, Desert Near The End entered Incorporated M. Studios in Athens to record their fourth album “Of Fire And Stars”. This album is a culmination of everything the band draws inspiration from. It’s a Power/Thrash Metal amalgam carved with Death/Black Metal tools. It’s lyrics speaks of how fire and stars literally and metaphorically fueled human imagination throughout history for “good and bad”. The fitting artwork for the album was created by Giannis Nakos (Remedy Art Design). In September 2018 band play second Russian tour together with Memorain and Lycans.
“Of Fire And Stars” was released at March 22, 2019 by Total Metal Records. 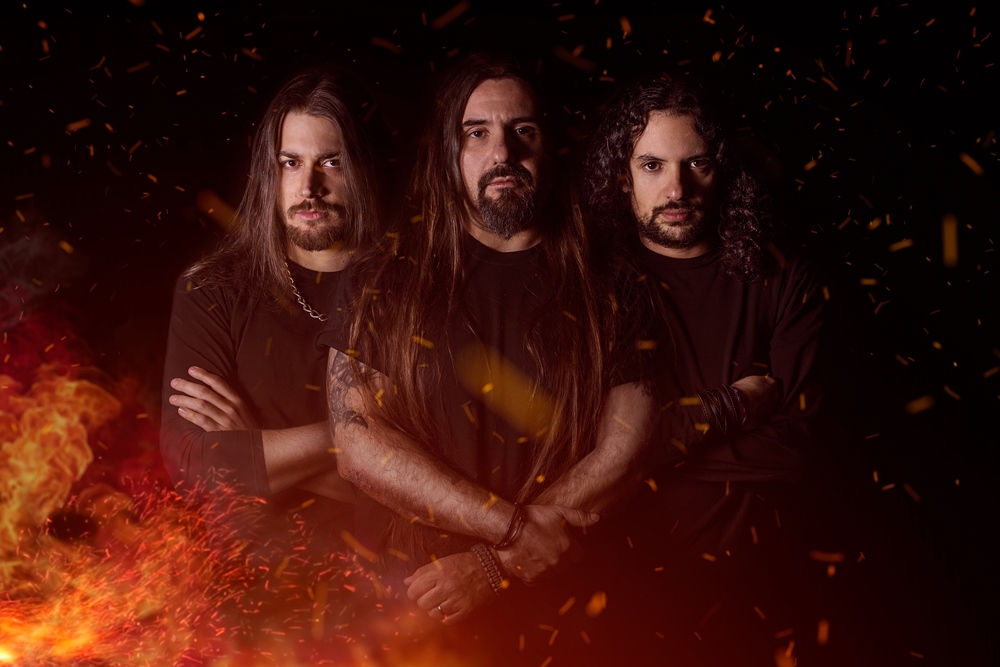