Digimortal was founded in 2004 by Serdj (vocal, guitar, synts) and Rainer (gutar). At the early stage it was also added by several musicians who played several gigs and left the band before the first album recording. Also in early 2006 Digimortal filmed the first video for the “Belka and Strelka” song. This movie became the leader of the charts of former A-ONE Alternative channel and videomusic.ru portals.
In the beginning of 2007 the band went to the studio to record the first LP – “Neobratimost”. Demo songs were sent to Jacob Hansen (Raunchy, Heaven Shall Burn, Maroon, Volbeat) from Denmark, famous metal-producer. He answered that will work with the young Russian band with pleasure.
After mixing finalization Jacob informed via his Myspace blog page:
“I just finished working on the album of great Russian industrial metal band Digimortal. It is fantastic! Wonderful songs and wonderful ideas, executed as uts of razor-blade! I think these guys can compete with the best in the world! In fact, once again I’ve noticed that the Russian bands are very talented”.
“Neobratimost” (Irreversibility) became a first album and it was brutal and fresh. It’s a powerful split of guitar riffs, brutal drums, syths and fx’s and all kind of vocals from clean and scream to deep growl. Album was honestly approved and high rated by Russian Alternative metal fans and also by people preferring European quality of sound. Digimortal went for a number of local Gigs to support debut album, also took part at several Radio Shows and Music Channels. Meanwhile while playing gigs and travel the band decided to release next album with the difference of only one year between it. “Cell of blood “(Kletka Krovi) was released in spring of 2008 by CD-Maximum label after a Single “Strashnee Menya” (also included English versions of the songs from debut album).
The band made a first massive tour (more than 30 gigs) in Russia, Ukraine and Belarus to support the second LP, also supporting UNHEILIG in Moscow and sharing the stage on metal festivals with different bands from all over the globe.
11th of September 2009 Digimortal released new single “The Gunpowder” which was then included in the next, 3rd album of the band – “Dead Planets Parade” (2010). The album was brutally produced by Jacob Hansen again. Before recording 3rd album Rainer and Der Partisan (bass\vocals) leaving the band and Serdj and Bordo decided to update the lineup. CHEGGY (bass) and OLEG(Guitar) were included in Digimortal. After many miles and gigs of tours DIME (guitar) and OLEG(Guitar) also decided to leave the band because of high and tight schedule.
The band was immidently added by the new Guitar player – KIRILL and ALEXEY. In 2011 Alexander Kaschte of Samsas Traum included Digimortal Cover for Sisyphos to his cover-album (released by Trisol Records). New lineup was tested and qualified at the gigs as well. 5th of January 2013 is the release date of the 4th album – “Hundred Nights” (Sto Nochey). Album was a real next step for the band and its fans. “Hundred Nights” is the major track of the album and video as well. It was the first ever in the globe video by metal band which was filmed at the real submarine. Russian Tour for “Hundred Nights” support was also huge.
In the year 2013 the band released the full show concert video by the occasion of 10 years anniversary.
This unique live show is free on youtube where all former Digimortal musicians were presented and played.
12th of December 2015 Digimortal released its 5th album – “Children of the Galaxy” followed by single and tour “Kiberia” 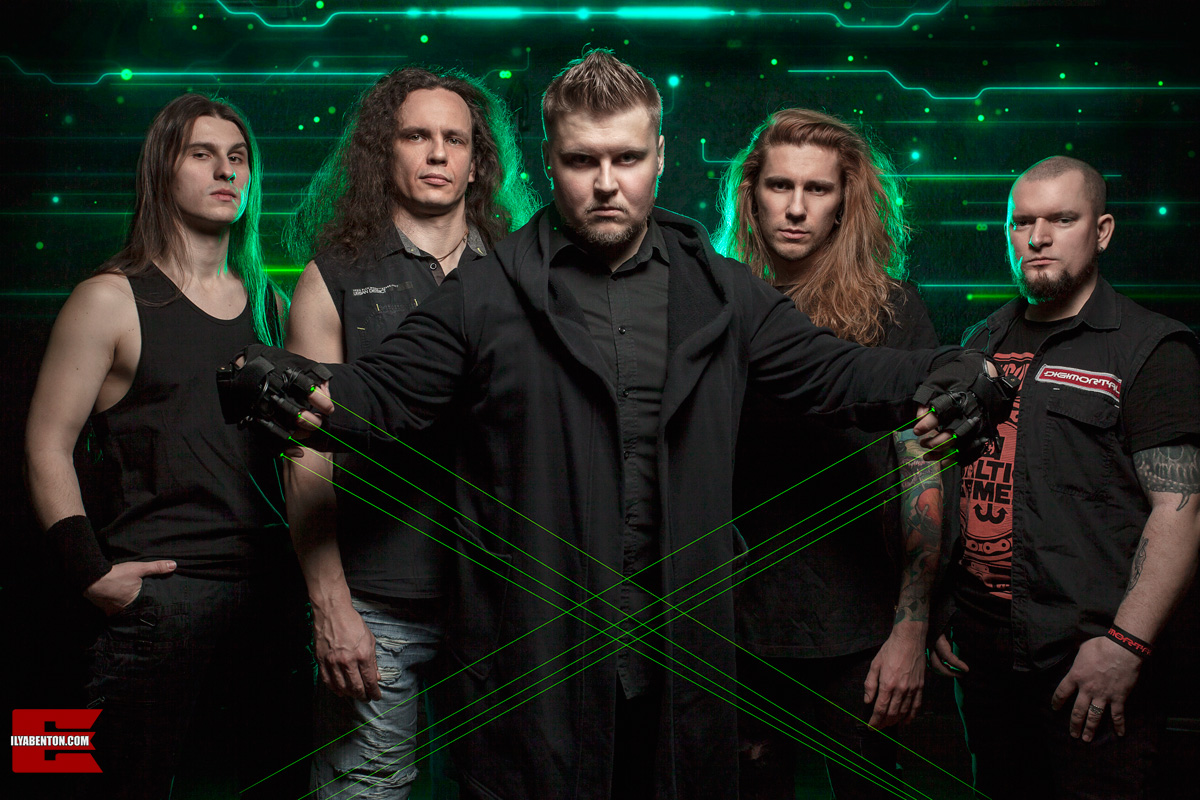