DIMICANDUM (Atmospheric Metal from Ukraine) – is a unique phenomenon on the Ukrainian Metal scene. Thanks to the active live performances (more than 50 events during3 years), as well as a Internet promotion, the band has fans in Ukraine, Russia, Belarus, Poland and Moldova. Guys usually play on the best club stages of Ukraine, where quality of music and professionalism of musicians can be appreciated.

Atmospheric Metal is a sub-genre in heavy music that combines various elements of metal: melodic and growling of Melodic Death Metal, slowness and atmosphere of Doom & Gothic Metal, Thrash & Heavy Drive and modernity of Nu-Metal.

In autumn 2008, having made a lot of attempts to find among different styles (Punk Rock, Thrash Metal, Progressive Metal and Doom-Metal) his own, the songwriter and vocalist, Roman Semenchuk, decides to create something unique. It is difficult to say exactly when the band was formed- the first rehearsal was in the middle of April 2009. DIMICANDUM dives into work on the material for future compositions. From the very beginning the musicians are quite serious about the band and it gives positive results. One month later the band was invited to perform a concert.
After a successful start, the band plays a few gigs, where DIMICANDUM are already headliners. Renewed line-up of the band performs in Chernigov, as well as in the city of Rivne, opening show for the Russian band Otto Dix and at the party in honor of the 7th anniversary of the Gothic-Doom team GrimFaith at «Shtolz» club.
At night from 13th to 14th February 2010 DIMICANDUM performs as one of the headliners in the big event «My Darkest Valentine Day» at «Bingo» club, where band presents the song «Give Me A Name». In April DIMICANDUM participates in the event – «Metal Heads Mission Kiev Style» at the club «Sky Hall». First souvenirs appear- badges, bracelets, earrings, mugs, T-shirts with band logo. Then a series of headlining performances follows at «Shtolz» Club, park «Kiev Rus». Then at «Zasіdka» pub the band presents a song «Indigo Child». There are many positive reviews on the internet – media is growing, loyal audience group is constantly getting wider. Owing to the fact that DIMICANDUM are among the winners of the Internet – voting was attended by more than 1,500 bands in Ukraine and abroad the band was invited to the Crimea to play on the international festival “Rock – Wave 2010” along with monsters of Russian-rock – “Black Coffee”, “Mavrin”, “Black Obelisk”. After performing at the festival, band invites a young and professional keyboardist – Anastasia Loginova.
10/10/2010 DIMICANDUM posted to the network’s debut EP “Sumerian’s Warning”, which recording took place at the Kiev studio “Max Morton’s Amazing Music Workshop”. EP has collected a lot of positive reviews. At the same time the group launched its official website http://www.dimicandum.com.ua .
Next, the team performs at «Bingo» club with the legendary Catharsis. November 13, in the format gothic party «Zombie Night», one of the most famous gothic rock groups in Russia Doppelganger. November 14, 2010 year, started a mini tour “Sumerian’s Warning”, band presents EP in cities of Ukraine and Belarus: Rovno, Krivoy Rog, Kiev, Minsk, Lviv, Kharkiv.

25.12.10 EP musicians presented in Kiev. The audience was delighted by the powerful vocals and inimitable atmosphere; band also introduced a new song «The Walls Of Jericho». After that on 18.04.2011 after-party Sonic Syndicate, at “Bingo” club was presented the title track from the forthcoming album – «The Lagacy Of Gaia». After a joint concert DIMICANDUM & DIONIS in rock – club “Route 66”, bassist Oleg Neverov, announced his retirement, and was replaced by a very professional and technical bassist – Timur Vojko.
In August 2011 DIMICANDUM played on the one of most famous Ukrainian metal festival: «Metal Heads Mission “, with Kataklysm and Vomitory. 08/27/2011 musicians played at Nostalgie Gothic Party.In September 2012 after a long and productive collaboration the guitarist – Andrew Sevastyanov leaves the band, instead a new professional and ambitious guitarist Oleg Aditon comes instead. What follows is a series of speeches: 16.10.2011 Show with Oskord; 22.10.2011 Festival “Iron October 2011” (Krivoy Rog); 29.10.2011 Presentation EP (Lviv).Also, on the 28th January 2012 on the festival «Mozart’s Birthday»,the band performed on the same stage with the famous team of Theatres Des Vampires (Italy); 18.02.2012 Saint-Valentine’s Night party.
April 15, 2012, the band staged a celebration of 3 years of activity at the club Bingo. On this day, many friends and musicians came to congratulate the band. After that event the band started to work actively in the studio working on full-length album, whose title «The Legacy Of Gaia». Album was out in October by Total Metal Records (a division of Metal Scrap Records). 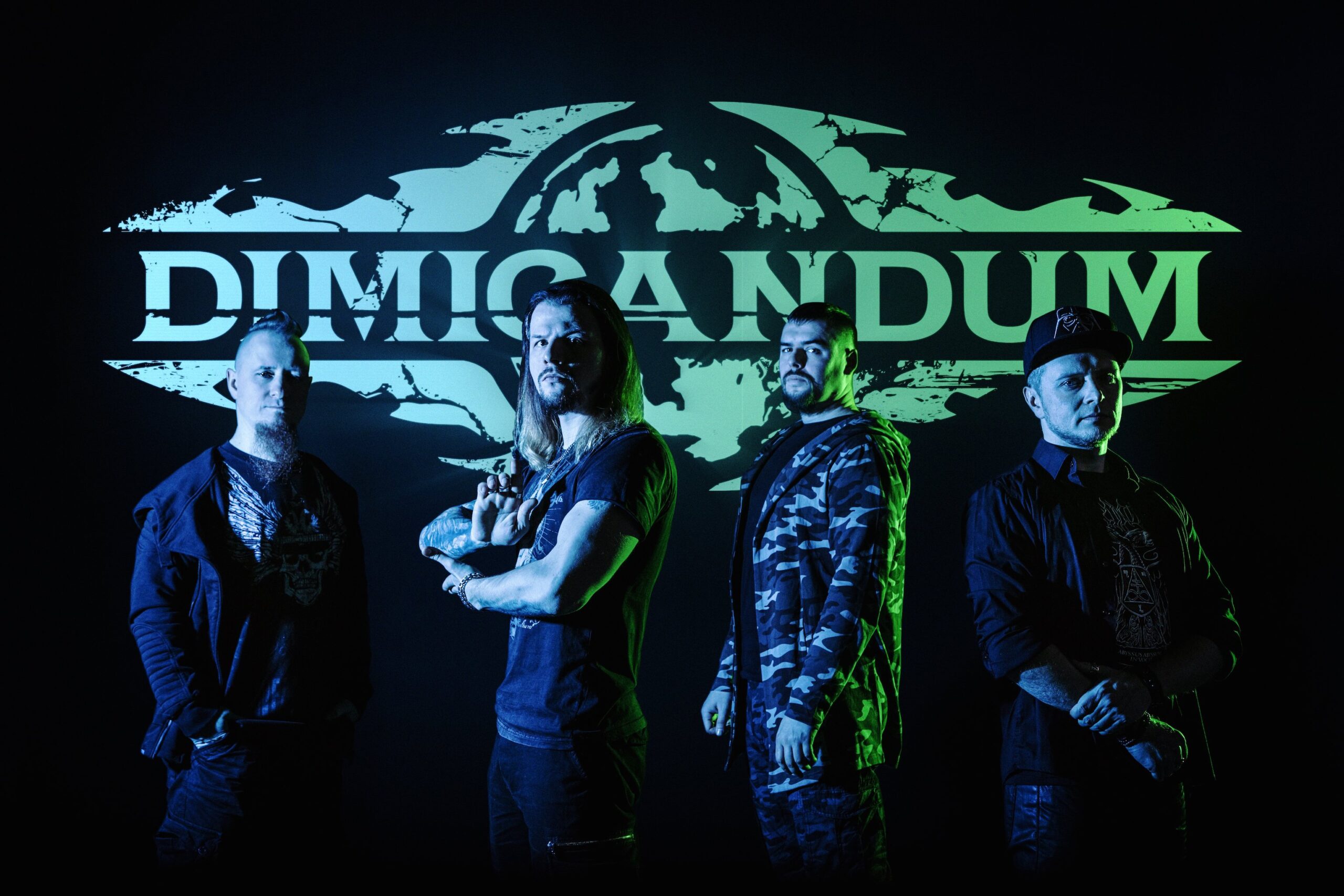