The preparatory period lasted for a year – search for style, work on the musical material and recording demos, combining all this with a few local shows.

In January 1993, in the capital’ studio Komora, band recorded the demo single “Surrounded By Infection”.
There were shoots video clips on “Surrounded By Infection” & two live songs recorded in June of ’93, during the “Jamix-Show” in DC “Ukraine” by producer Anatoly Vekslyarsky, together with the TV “Megapol”. Videos were rotating throughout the year by national Channel in the hit parade of music program “Jamix” & did an excellent exposure of the band.

At the peak of the “first popularity” frontman Dima “F.. You” left the band, on his place was invited Alexander “GRN” Tynkevich, as well as a second guitarist Sergey “Bronya” Bronovitskiy. The line-up stabilized. The band’s style has changed a bit – it was already a powerful Death / Grind.
Before recording their debut album the band participated in several festivals (the 10th anniversary of ADEM in Kiev, Terroriser Fest in Vinnitsa, Thrash-Mania-93 in Lugansk, Nuclear Rain in Kharkov), gives a solo concert in Kyiv and tours throughout Ukraine.
From the video footage of material from these shows TV Megapol made two live video clips.

In January 1995 INFECTED sit at the recording material for their debut album “Infected Generation” at the studio ERS (Home Recording, Kiev).
By July the work was completed and the band began searching label.
The road led the band to old friends – CORE shop and Jora Dementiev, who released their debut MC-album. Small, at that time, edition (1000 pcs.) was sold out in the shortest time and still is a rarity in the circles of admirers of the style.

The band made active work in the underground world confirming the status of the leaders of Ukrainian heavy stage.

Unable to cope with the internal discipline of the band guitarist “Bronya” left the band, change for whom wasn’t looking for.
A year later the place of guitarist began to combine singer Alexander “GRN”, which if necessary sometimes substituted the missing musicians at the rehearsals.
On the touring shows (Ternopil, Vinnytsia, Kyiv, Minsk) as a guitarist was spotted Dmitriy “Maloy” Maksimets (from well known at the time CRUSADER) – a great friend of the band performing the role of keyboards and guitar solo in “Infected Generation” and helped a band with studio and concert sound.

Soon because of internal disagreements, the band remains without a bassist, but retaining “Pooh” as a friend for some time continued to use his services as a musician.
In the 1997 in the INFECTED appears Alex Babansky.
First as a bass player, but after the departure of a band of Yaroslav “Poruchick” Rempinskiy – he took the guitar and Alex Prusov – picks up a 4-string guitar (both musicians worked well for the Kiev underground projects).
With the updated line-up the style has been updated too – a new program “Disinfected” in the style of Thrashcore / Grind was presented in native city and the regions, and some live songs were included in the joint split-release with the Japanese band UNHOLY GRAVE.

With the recording of the album “Disinfected” does not develop – the band is actively looking for options, negotiated with a number of labels, but the long-awaited contract record and release on the band interest conditions was not received. Proposals to release split-releases with Grenouer (ru) and FSFI (cz) a band put off, as they want to release a full-length album.

Since the end of 1998 for family reasons drummer Vitaly Prygunov suspend its activities in the band.
Replacement for him was not looking & INFECTED freeze its activities.

Once again gathered in autumn 2002 on the occasion of the birthday’ concert of Jora Dementiev (CORE Shop), the band goes into anabiosis.

2010 – the first rehearsal, the shape, line-up and material.

From 2011 back to normal rehearsal process, made the track list, this included songs from several programs of INFECTED. Green decided to focus solely on guitar and vocals. Search for a frontman began. Several months were experimenting with female vocals which ended in failure.
As a result, the band settled on the candidature of Yuriy Savchenko (bands Revolt – guitar, vocals / Provocateur – bass, vocals).

In 2012, the band signed a contract with a domestic label Metal Scrap Records to reissue the album “Infected Generation” on CD.
Produced remastering of record and re-designed album.
CD released at April 29, 2012.

Currently the band is preparing to record some songs from different periods of art – as the very first from program “Surrounded By Infection” 1993 and later from the program “Disinfected” 1997 in the future planning for the releasing this material on CD. 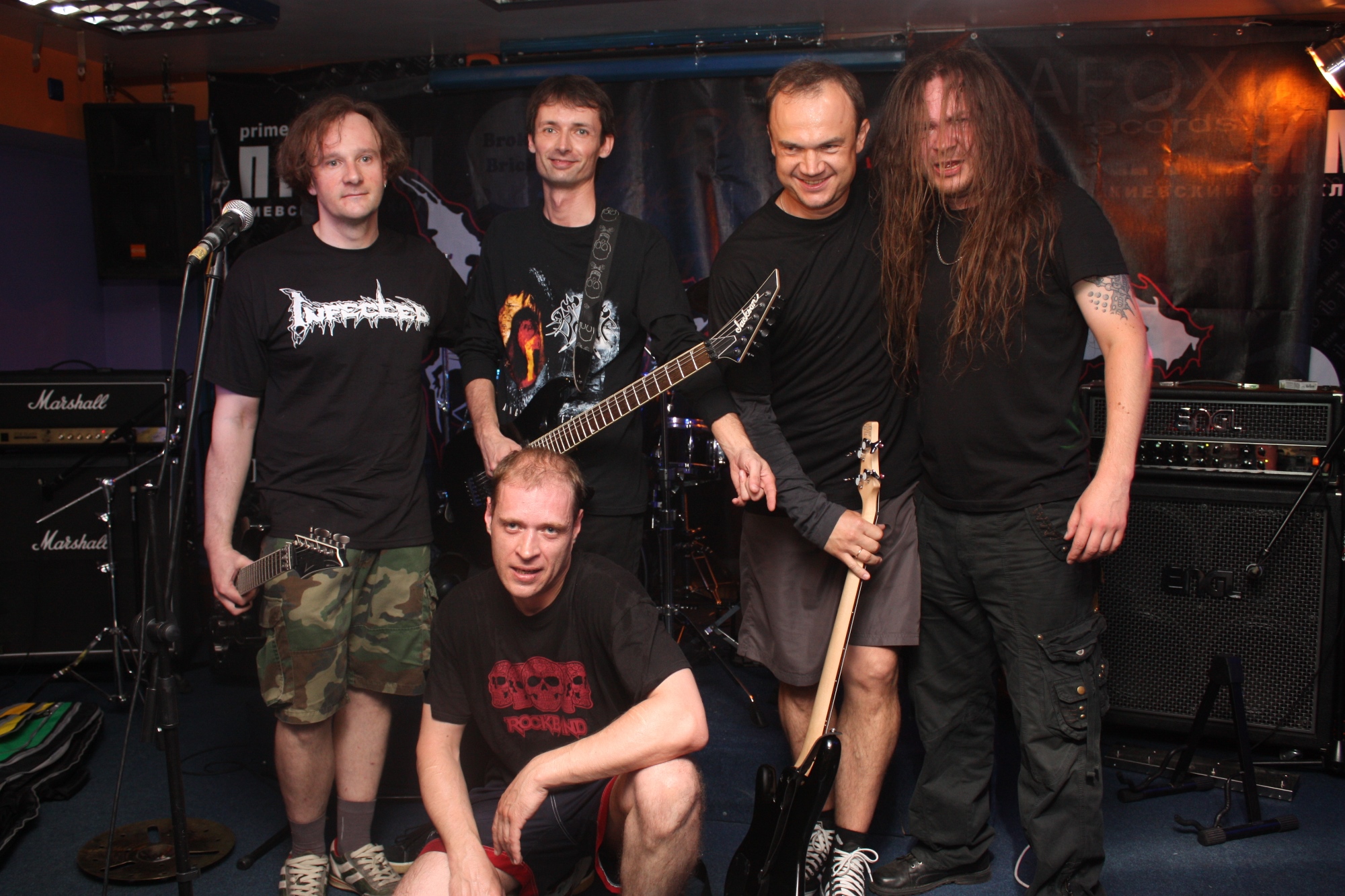