Line-up of the band KARMA RAGE – it’s combined team of different musical bands with years of experience from Severodonetsk City (Ukraine). The basis for today’s creative line-up & music gave the band POHORONNOE BYURO, debuted at the festival Metal Heads’ Mission in 2005. At that time was recorded a demo called “Zombification” which in the future determined the direction of the band music style.
For several years line-up, rehearsal bases & band name were changing. There were many tours to the neighbor areas (Kharkov, Zaporozhye, Lugansk, Donetsk), regular concerts in native Severodonetsk and nearby cities.
The real birth of KARMA RAGE can be called 2010. The band finally got a clear face: line-up – established, musical style – developed to its own.

In 2011, the band in the updated line-up visited the Crimea festival Metal Heads Mission again, where shared the stage with many Ukrainian and foreign musicians. Upon arrival in their native city, painstaking work on debut album began, which was successfully completed in October 2012.
The album was called “soCium”. Searching for the label wasn’t too long – almost immediately responded Metal Scrap Records, the contract for releasing album signed. Album was released on December 12 (Ukraine) and on December 23 (Russia). The world release date has been set for February 13, 2013.
KARMA RAGE – is technically and aggressive thrash metal, with lyrics aimed at social problems and evils of society.
Currently the band is actively working on new material that will be dredged in the direction of gravity and progressive, and the new release will not be long in coming. 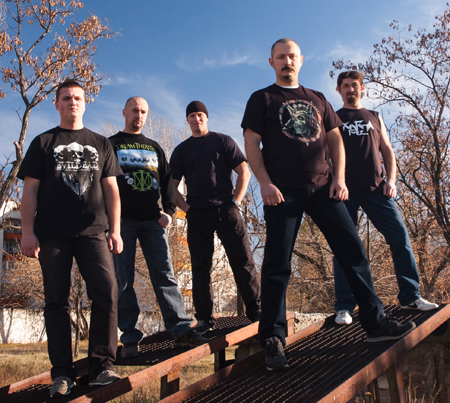