Legion Of Wolves formed in 2009 by Annatar (guitar) and Jason Connolly (drums), both ex- Abaddon Incarnate. They had played together and had long since spoke of starting a band that would embrace the old school vibe. That vibe was engraved in the memories of so many who had grown up in the 80’s and 90’s. The musicians had grown up on bands like Slayer, Testament, Master, Death, Deicide, Pestilence, Unleashed, Bolt Thrower and Demolition Hammer who had stamped their mark by making their music extreme, dark and powerful. Annatar and Connolly wanted to recapture this effect and planned to do so on the basis that if something is not broken don’t fix it. The idea to base the band and their music around what it was forged from to take its original form: the riff. Metal in its pure form is about the vibe and atmosphere the music creates for the listener. This vibe is caused by the riff, which is driven by the drum pattern and complimented and decorated by the vocals. If a riff isn’t quality, don’t use it, no fillers, just quality. Be it fast, mid paced, heavy, powerful, aggressive or dark, this is old school, classic Death Metal, true Metal.
So, when better to start an Extreme Metal band than in the depths of an Irish winter? Snow, ice, rain, cold winds and an atmosphere of bleakness that served to stimulate the creative minds of the aforementioned duo, who were chomping at the bit to begin writing and performing some classic Death Metal. Initial compositions were influenced by Slayer, Hail of Bullets, Napalm Death and Death. Already they had direction and focus.
In Feb 2010, they were joined on second guitar by Arkadiusz Kupiszowski who had answered an ad on the internet. Arek brought a welcomed technical boost to the band and he too was an enthusiastic song writer, which he displayed right from the beginning.
Through Arek, Krzysztof Kostepski was drafted in on vocals. His deep growl was what Annatar was looking for and his knowledge of Metal, made him versatile in the character of his vocal style and the vocal patterns he would utilise.
A bass player was needed to complete the line-up. Connolly suggested John McGhee (his Primal Dawn band mate) as a more than capable candidate. McGhee joined rehearsals on bass duties and would go on to act as a backing vocalist also. His ear splitting high pitched screams complimented Krzysztof’s deeper growl perfectly.
In late 2011 the band called on the expertise of engineer Bryan “Barney” Turner. Turner would record, mix and master their debut 4 track demo. The result certainly did justice to the band’s writing and playing qualities and reflected their hard work thus far. The demo, “Mark Of The Legion”, was greeted by an online audience with complimentary and encouraging feedback.
The Legion played many gigs in support of this release and, in the Autumn of 2013, band headed Northwards to record the follow up to “Mark Of The Legion”.
Darren Hutton of Electrichead Studios offered his services in the guise of Hephaestus, by helping Legion Of Wolves to forge their music into an aural soundtrack for a sonic Blitzkrieg. Darren had previously worked with Irish Death Metal acts Putrefy and Abaddon Incarnate and was more than capable of such a task in band’s dead eyes. So, over a long and often arduous week in the North land, band managed to lay down 5 slabs of bloody vengeance that shall make the walls of old Tartarus shake. Continuing their war of attrition against the trends. This was always Death Metal in the old money, pure, golden and true!
Alas, change happened as was necessitated by the decree of Jove and this brought about a change in the rank and file of the Legion Of Wolves. John McGhee was replaced by Piotr, a brother from the dark and dank woods of the Polish hinterland. Pitor brought with him many years of experience in extreme music, knowledge of the darker aspects of life and of basscraft.
“Legio Luporum XIV” was released in March of 2014 and the Legion have been avid and relentless in the promotion of this, through internet/social media campaigns and also a host of gigs and so the Legion Of Volves fought many battles and earned their crowns in support of “Legio Luporum XIV”.
With battles fought and wars won, the band returned to the Wolfslayer yet they did not rest on their laurels. And they were very pleased to announce in late 2016 their intention to cross the wine dark sea and venture to Greece to establish autumnal quarters in that haughty city of Athena and Pericles in order to record the follow up to “Legio Luporum XIV”.
Centurion Giorgos, the master blaster from those heinous Greek lords of the cleaver Mortal Torment, and also master of the house of Bree Studios, had offered his services in the guise of hearty, heroic Hephaestus to forge the Legion’s new sonic opus into an aural soundtrack for a sonic blitzkrieg of bloody, blasting vengeance that would surely make the walls of dank Tartarus shake.
This recording titled “Bringers Of The Dark Sleep” was a continuation in the band’s war of attrition against the trends with blasting production by the lords of thunder in Anthropocide Studios in Belarus, make no mistake this will be Death Metal in the old money. Pure, golden and true!!
The debut full-length, “Bringers Of The Dark Sleep”, was released in the end of 2017 by famous Ukrainian label Metal Scrap Records.

All hail glorious Death Metal, all hail the Legion!!! 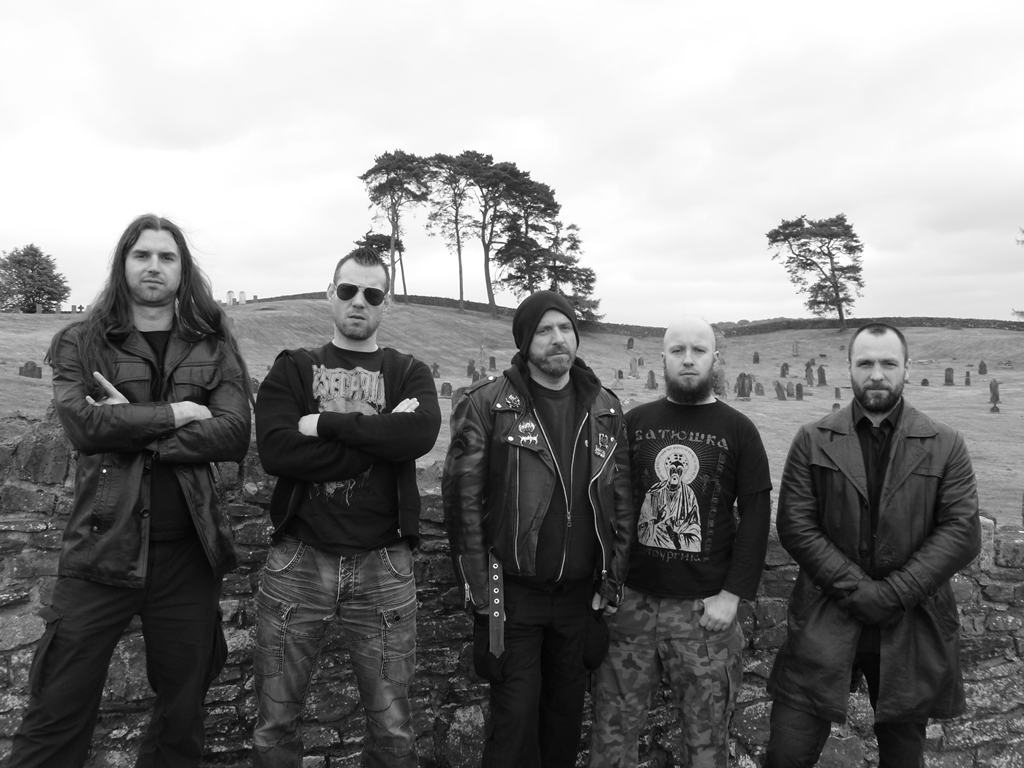