The history of Neuronia begins with Michal “Misiek” Rogala, the band’s guitarist and the first drummer – Lukasz “Chief” Szewczyk, who began jamming together in December 2003. Two years later, Radoslaw Szewczuk joined on vocals and bass and the first line–up of Neuronia was complete. From the very first rehearsals the band played a unique blend of rock’n’roll and metal. The first half of 2006 was a very industrious time for the band with the recording of two demo EP’s – “Neuronia” and “Wedding Day”. In spite of that, Radoslaw left the band in October of the same year.
He was replaced by two unique musicians – Dominik “Domo” Beska on bass and Tomasz “Acid” Nowak on vocals. Changes in the line-up resulted in a heavy alteration of the band’s sound, which became heavier and more dynamic. The third demo EP – “First Blood” – recorded in the fall of 2006 and issued in 2007, was the harbinger of Neuronia’s new style. Minor acclaim from the critics spurred an increase in concert activity, including playing at a few major Polish festivals. In 2007 the band concentrated on writing new material and recording their debut album in Warsaw’s DBX Studio.
The album, titled”The Winter of My Heart” was released on February 29th 2008. Nationwide distribution was handled by Fonografika – the publishers of debut albums of such great bands as Rootwater and So I Scream. In March and June two videos for “Psycho” and “Demon’s Kiss” were subsequently realized by Wroclaw-based DWAEM Media Group. Both were heavily promoted in Polish music TV channels, such as MTV Poland and 4FunTV. The album garnered positive reviews from major Polish music media. The band spent the most of 2008 promoting the new album with many gigs, some of them alongside such bands as Lizzie Borden, Torture Squad or Polish death metal legends Pandemonium.
2009 brought more changes in the line-up – pivotal to the development of the band’s sound. In the spring Lukasz Szewczyk was replaced on drums by Michal “Thor” Pasternak, whose technical skills and expression have brought a new quality to the sound of Neuronia. Throughout the year, gigs were few – the band concentrated on the creation of material for the second album. But the band played an important show at the infamous, yet influential Hunterfest festival in July and a mini-tour of two concerts alongside German thrash veterans, Tankard, in November. Just before these two shows another worthy addition was made to Neuronia’s line-up – Maciek “Tektur” Nawrot joined on vocals, with his singing skills fitting the band’s musical style very well.

In the fall of 2009 the band recorded its second album “Follow the White Mouse” in DBX Studio. Maciek Nawrot took over the lead vocals on this recording and assumed the main vocal duties in February 2010, with Tomasz “Acid” Nowak leaving the band due to creative differences over the direction of Neuronia’s musical development. The newest addition to the line-up is Rafal “Lewy” Lewandowski – an extremely talented and experienced lead guitarist, who joined in January 2010 and enriched the sound of Neuronia with blasting guitar solos and extraordinary melodic parts.
The new album was released in Poland by Fonografika on March 20th, followed by numerous gigs all over Poland, supporting major Polish and foreign artists (e.g. Paul Di’Anno, Sabaton, Corruption, Quo Vadis). In January 2011, the band signed a contract with the Ukrainian label Metal Scrap Records, securing the worldwide release and distribution of “Follow The White Mouse”. The album is set for international release in early spring of 2011. 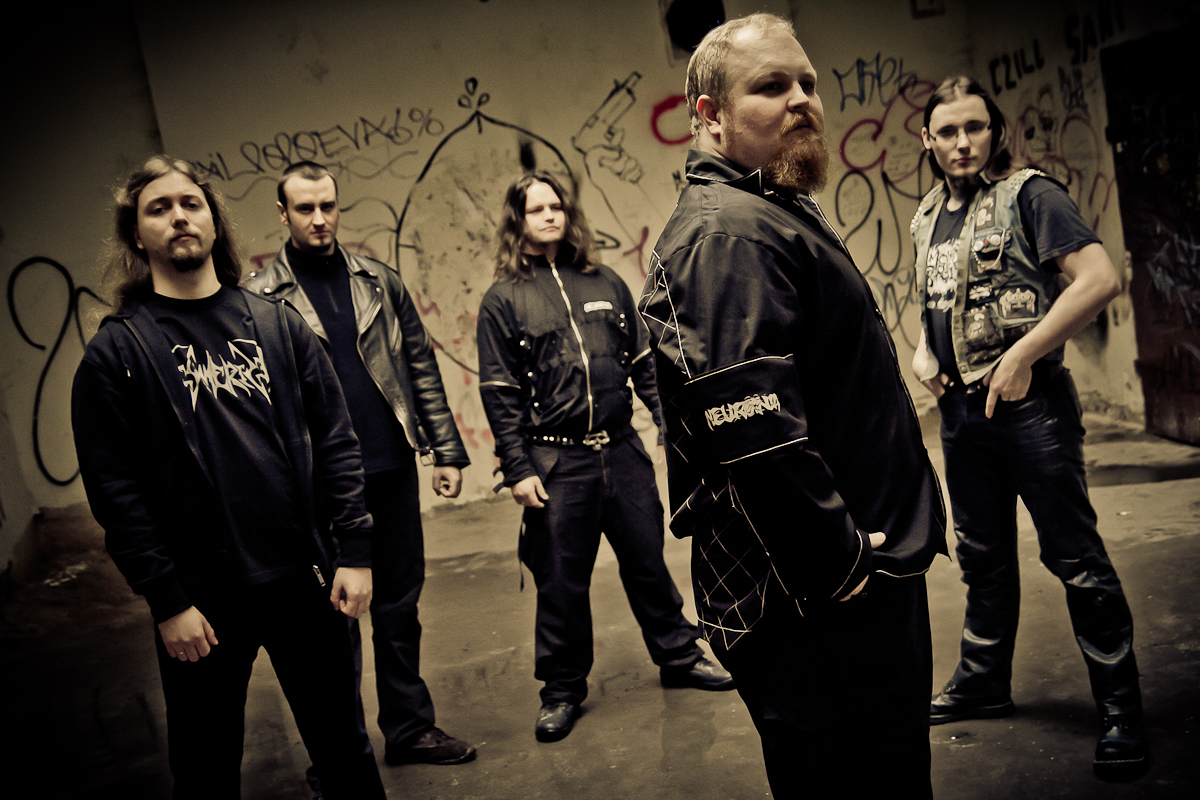