Polish band QUO VADIS appeared in 1988 & still remains one of the most popular and respective band in their native country and abroad. Band have performed for Metalmania 1994, 1995, Przystanek Woodstock 1994, 1996, 1997, 1999 and in Copenhagen during the “It’s Alive Festival ’94” as the only foreign band included in the line-up. The band also performed for other prestigious festivals namely in Rostock, Franfurt, Przystanek Chicago 2002. In 2003 the band performed a series of concerts in Chicago USA for the “Running For Everyone,” charity fund. Also Quo Vadis was part of recording session for „Nieustanne Tango”, this record made an obeisance and was a tribute to great Polish musician and composer Grzegorz Ciechowski.
Untill now discography Quo Vadis consisted of 7 CD (“Quo Vadis”, “Politics”, “Test Draizea”, “Uran”, “Po”, “Krol”, “Babel”) and one Live-DVD.
Besides band’s own stuff, QUO VADIS made the record with popular Polish songs, obviously this songs were brutal and very heavy, and finally they had true QV feeling.
Two cover versions performed by QUO VADIS were used as movie soundtrack in the “Sezon na leszcza”.
After the recording session and after released of last band’s record called Babel, the band has made a video to the first single “Dominus” from a new album. After that band was involve in Charity events like “Muzyka przeciwko rasizmowi”, (music against Racisim) and Wielka Orkiestra Swiatecznej Pomocy, the greatest Polish charity fund raising annual event. Also the band was chosen to represent Poland in Prenzlau in an event called “Toleranz.” During a few months band wrote and has recorded the anthem for football club POGON SZCZECIN, and took part in ceremonial of 60th anniversary of Pogon’s existence.
QUO VADIS mixes old school thrash, death metal with modern sounds and melodic refrains.
In 2007 was released “Babel” digipack-CD – the best record of QUO VADIS until now. BABEL collected a flattering opinions and the recognition of fans all over the world. Songs DOMINUS and GOD were prepared as clips.
In 2008 the band played many concerts and celebrated twenty years of QUO VADIS at the big performance in Slowianin. From that performance was prepared DVD, which is ready to take for free from the band site.

Nowadays QUO VADIS finished recording of the latest album INFERNAL CHAOS, which was realized in famous recording studio HERTZ in Bialystok (where recorded such famous band as: Behemot, Vader, Decapitated, Trauma). It’s eight album of the band. On West Europe territory CD was released 18.07.2010 (in Poland – 19.07.2010) by Chaos Records.
On Eastern Europe territory CD officially released by Ukrainian label Total Metal Records (a division of Metal Scrap Records), with exclusive design which have some differences from West Europe edition. Design for both editions was made by Ptys, designer known in Poland and not only, working with many famous gigs & cinema festivals, taking part in competition for best HELLOWEEN cover. 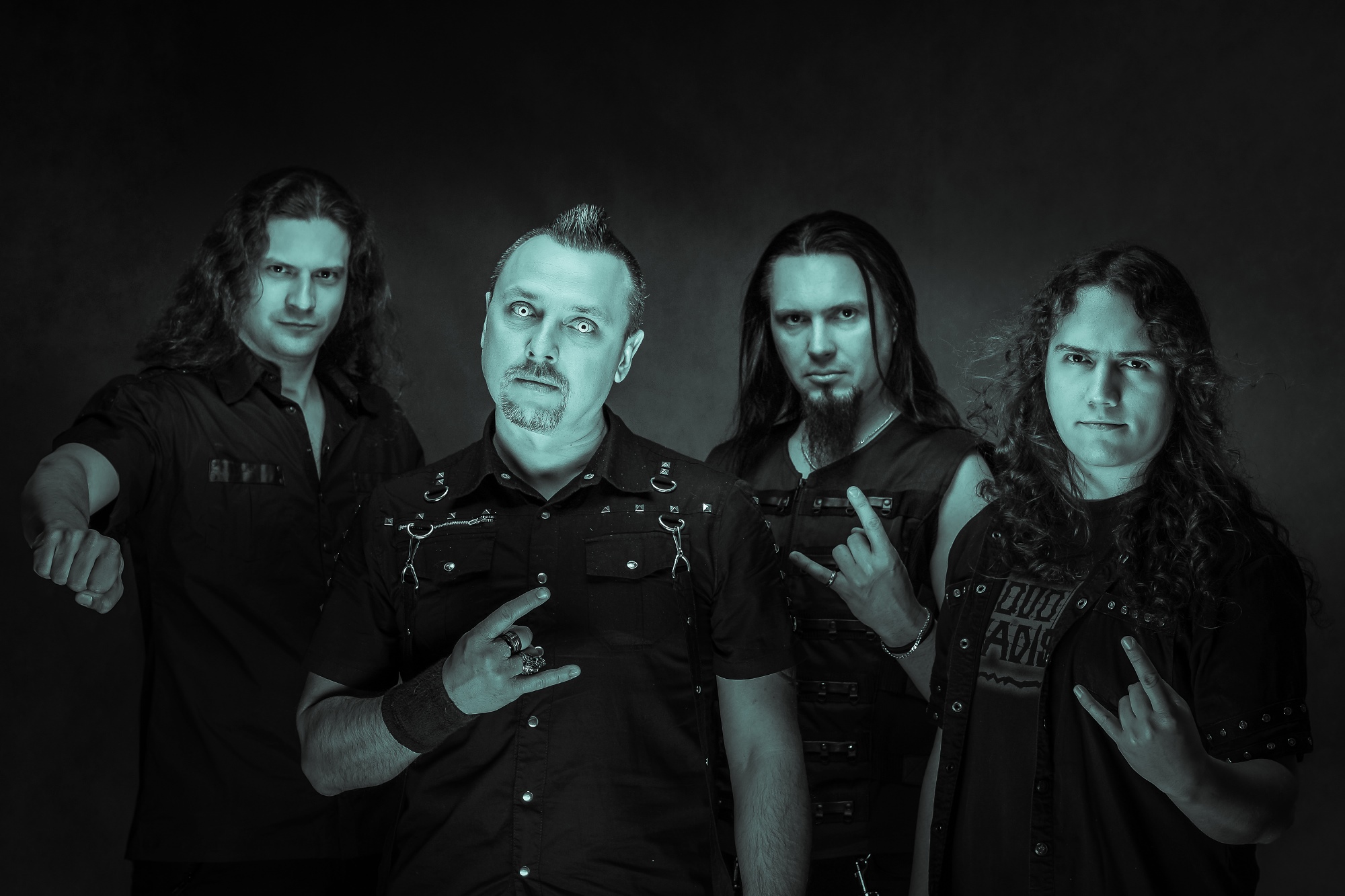