SHADOW REBELS was founded in September 2004. First two members – Michael (vocals, bass) and Alon Lazarovich (drums) tried to perform Grunge/Alternative Rock as a duo. However, two months later Arkady Scherba (keyboards) was added and the band became a trio.
In February of 2005 Shadow Rebels recorded first Demo. Unfortunately on 17th of April 2005, Alon leaves the band due to immigration to New Zeland and a new member, Orian Cnafeau, becomes band’s permanent drummer.
Four years, till 2009’s break-up this trio never changed the line-up. In these years Shadow Rebels recorded debut album, shot a few video-clips, performed in a lot of festivals and Rock concerts in clubs all over Israel. In the middle of April 2009 Orian decided to leave the band and Shadow Rebels went on an indefinite hiatus.
Four years later, in 2013, in the same month of April Michael announced a Reunion.
During April-July of 2014 the third album “Oversleep Hurricane” was recorded completely on analog equipment. Michael’s best friend – Shura Petrenko (guitar-player and composer from Kiev, Ukraine) wrote all music for the new album, but this time he even recorded rhythm guitar lines. Michael took his part as bass and keyboards player, recorded all live violins, sitar and vocals. New drummer – Stalik Istaharov recorded drums. For complete guitar lines (mostly solo-parts) and for live performances new guitar player, Rony Safary, was included.
The main idea of Shadow Rebels – is return to Rock roots in sound and also in way to music making. Play live, with no plugins, no midi, and no sequencers. Just usual Rock-instruments: drums, bass and guitar!I t’s was the reason to record album without using computer and any digital recorders. The album was officially released by Another Side Records in October 2015.
A few years later, during recording of the next album, keyboardist, Arkady Scherba was officially added to the lineup. With this renewed lineup, band recorded the third full-length studio album, “On The Ride”. Unlike the previous release, which was recorded in a pure studio style, with many overdubs and individual recordings of the musicians, this time all the musicians entered the studio and simultaneously played all the songs one by one, in one day. The album was released September 17, 2021, by Another Side Records. 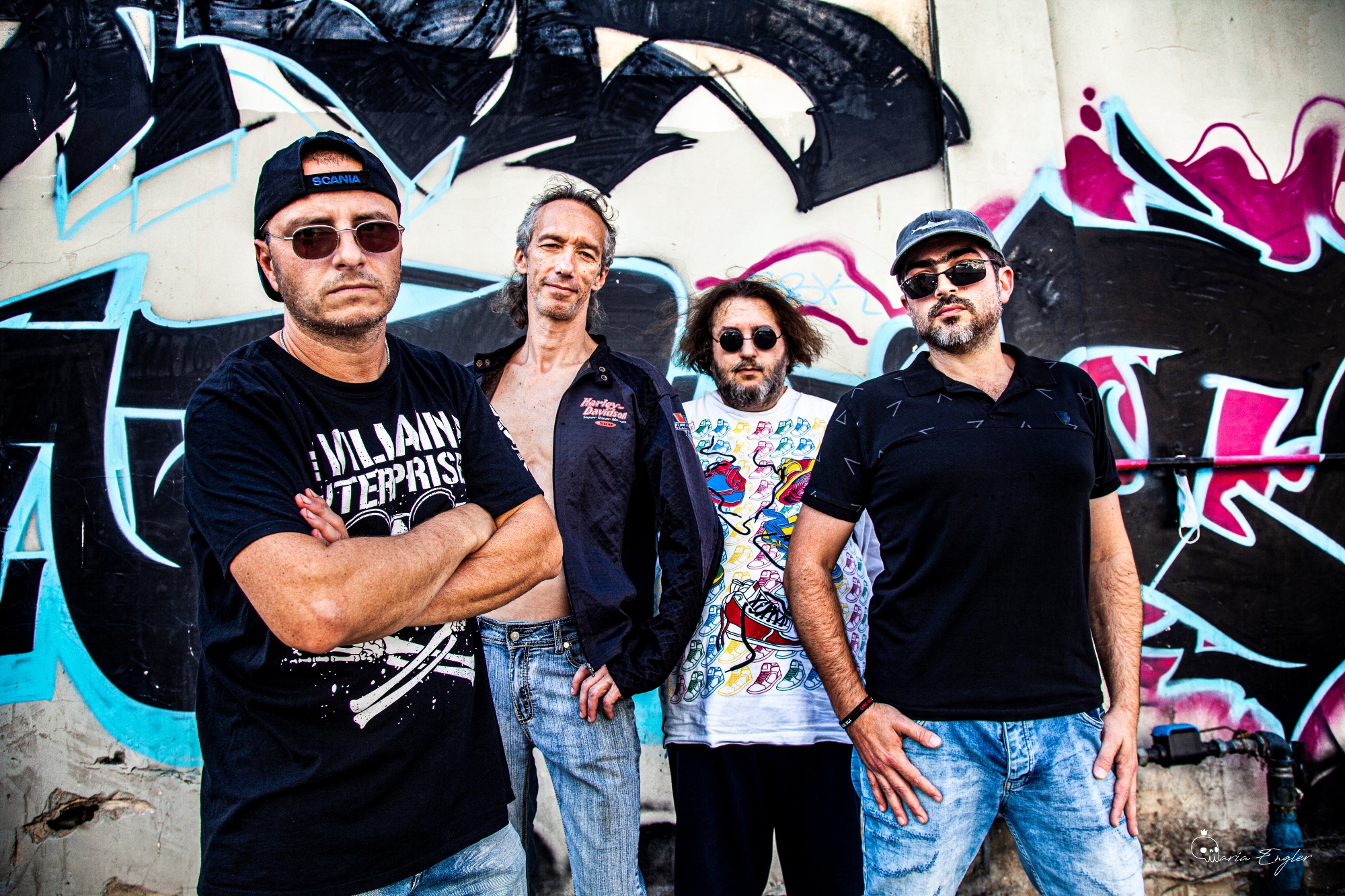