Showdown Boulevard is an Italian heavy rock band born in 2012.
After the first album (“Showdown Boulevard” – 2012 Lady Music Records) and the EP “Saints, Poets and Sailors”, the band decided to change the sound making it more heavy and inserting electronic elements.
During 2013 these changes contribute to the writing and recording of “Face The Challenge”, then republished in 2015 by BBHells Records. The two albums are both successful in critics and sales, thanks also to the airplay that the band gains in particular in America.
For personal decisions and partly related to the change of sound and the desire to return to its rock’n’roll roots, the lineup is rebuilt at the end of 2016 around the bassist and founder Andy Pontremoli. Today the band is composed of Giorgio De Clementi (vocals), Daniele Moneta (guitars), Andy Pontremoli (bass) and Francesco Corato (drums).
After months of songwriting, exchange of ideas and demo recordings, Showdown Boulevard began recording the new album called “While Winter’s Coming”.
After interrupting the collaboration with BBHells Records, the band decides to release the first single from the new album
called “Tomorrow”.
The track will be worldwide available on 2017, September 18 in all major digital stores. Meanwhile Showdown Boulevard is looking for a new record deal and evaluating some interesting proposals received. 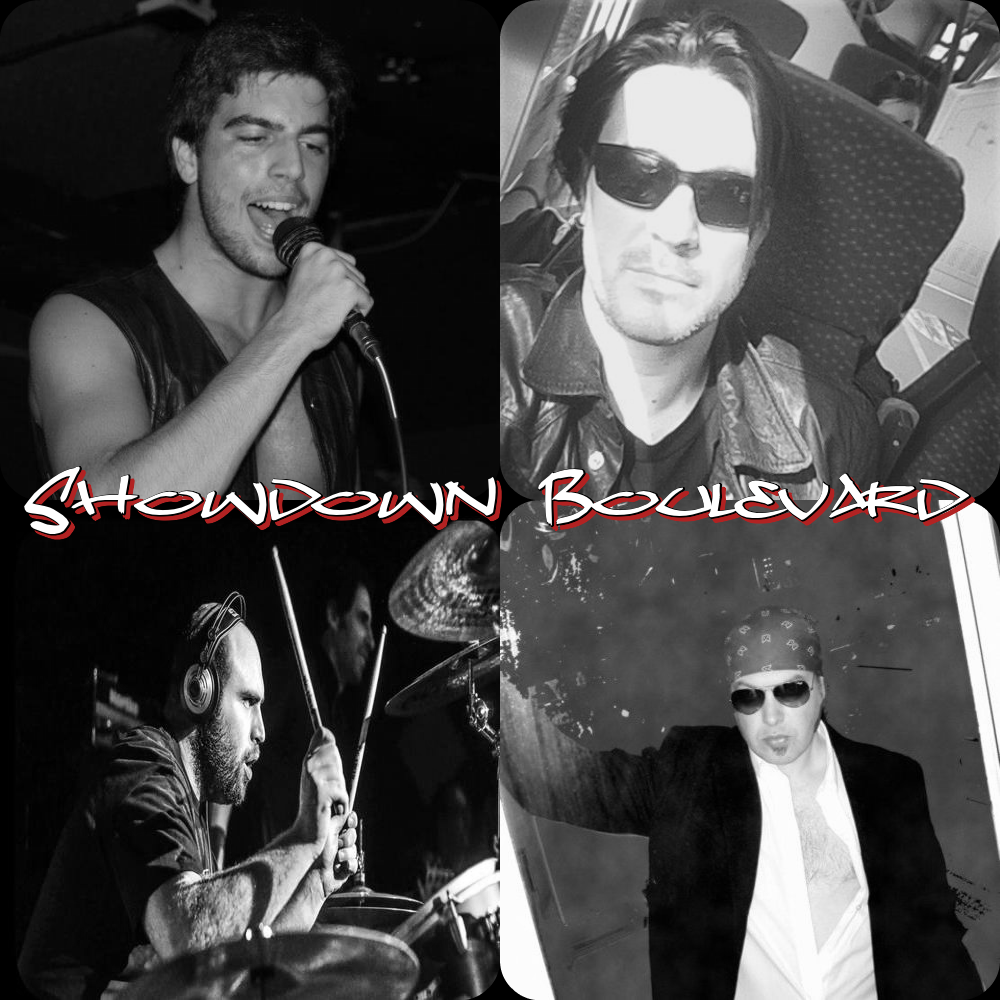