Band United Mind Club appeared in 2008. Their music has been experimental from the beginning and it’s a mix of different kinds of metal. At that time, the basis of style could be considered as a modern metal diluted by Eastern melodies and powerful guitar riffs. It is also worth mentioning the unusual structure of the songs, close to progressive. The lyrics of songs based on the life realities with philosophical overtones.
In autumn 2008 the band recorded EP titled “The Last Performance” in the studio Arsenal. It includes three songs: The Signs Of Dominance, Weak Man’s Mantra, The Reverse Side. Soon the band signed a contract with the English label BRM Records to release the single “The Signs Of Dominance” and EP “The Last Performance”. Songs of the band were heard on radio stations of America: Livin_RocksRadio, Metalheadradio, Hard Radio, Hard Rock Radio Live, WRBC 91.5; England: TopRockRadio, DJ Beerman Radioshow; Russia: Twilight radio, MusicGuest; Belarus – MassaBrutto Radioshow.
In 2009, the label Eclipse Records (USA) released a compilation “Streetcult Loud Music Compilation CD – Vol. 12 “, which presents the song of the band “The Reverse Side “, along with such well-known American bands like: Scum Of The Earth (project of guitarist Rob Zombie), Dead By Wednesday, Otep, Snot.
In spring 2009 the band signed a contract with Alkemist Fanatix Europe, leading agency in Europe.
The band played at many major festivals, including the Metal Heads Mission (Ukraine), METAL CROWD (Belarus). The band played on the same stage with such bands as: Grave, Sadist, Cryptopsy.

In 2011 the band recorded its debut full-length album titled “World Blood History”. The style of music changes to Dark Symphonic Industrial Metal. Design of the CD was made by the famous design studio Moon Ring Design. Mastering made in the New York’s studio Hotline Audio Mastering. Initially, in 2012 the album releases on Ukrainian label Metal Scrap Records. 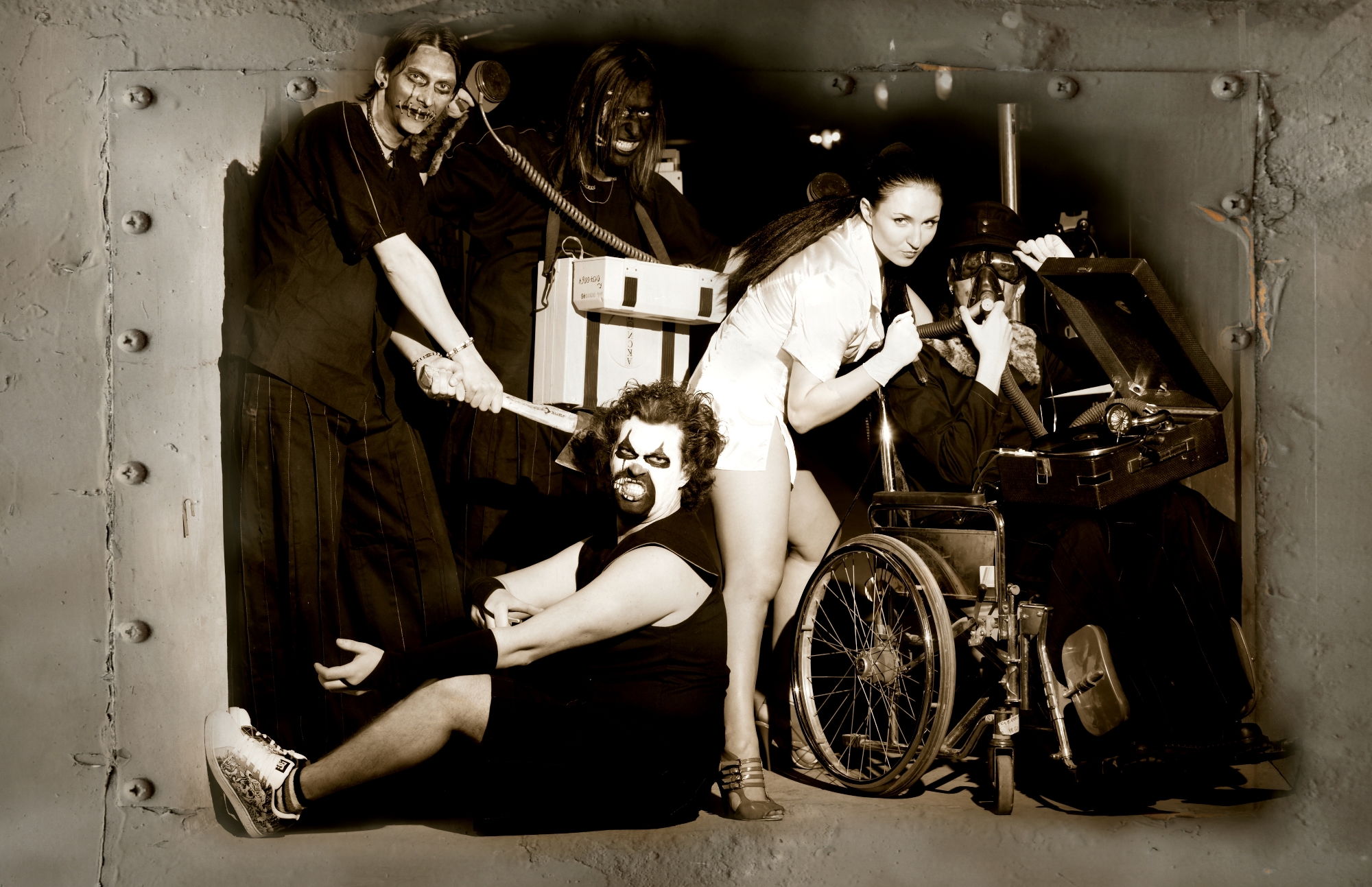