Verglas Sanglantis a French-singing Canadian Black Metal band from Montreal. It was founded in 2016 by Kludde and T. Kanibaal. Valgar joined the band not long after that.
Kludde brought some of his songs already written and the other band members quickly added their parts to create the band’s first home-made demo that came out in June 2016. Soon after, the band saw their first concert organized by Hellstorm Production in Montreal. Many more followed in Quebec and Ontario, the more notable one being with Mork (Norway) on July 222016 in Montreal.
Ambitious and full of confidence that this type of Black Metal is blooming onstage, the band was looking at opportunities to play everywhere they could.
After a change of singer, the band played for the first time in Quebec city with Occultus on vocals, as opening act for Taake and Helheim on June6 2017. They played again in Montreal on July 7th. Occultus proved to be a good addition to Verglas Sanglant and became a full-time member. 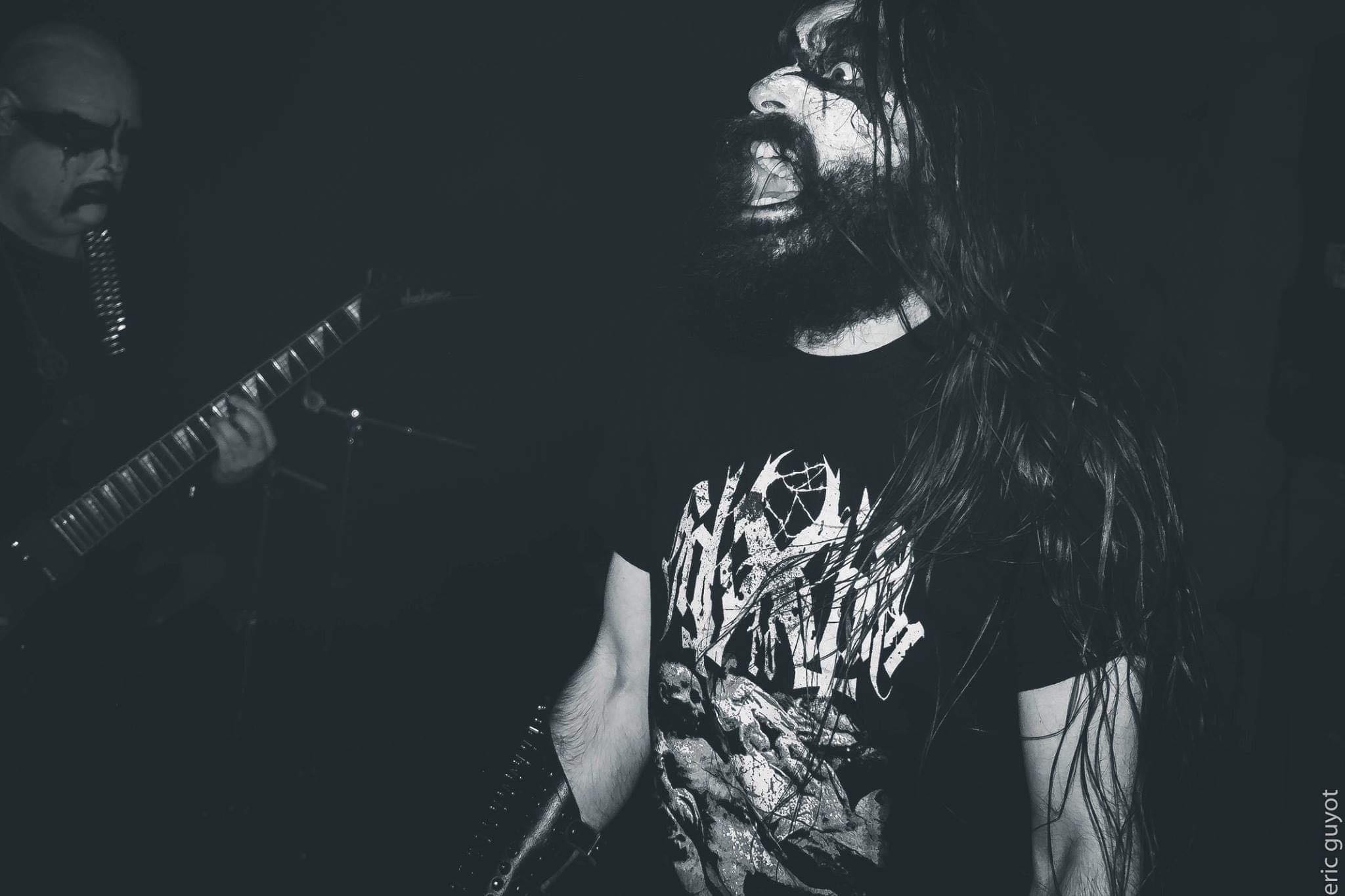